The table below sets forth a comparison of the first quarter 2020 diluted earnings per share by business segment with the same period in 2019:

Excluding the impact of current market conditions discussed above, diluted earnings per share from the water segment for the three months ended March 31, 2020 increased by $0.11 per share largely due to new rates authorized by the California Public Utilities Commission ("CPUC"). In May 2019, the CPUC issued a final decision on GSWC's water general rate case, which determined new rates for the years 2019 – 2021 with rates retroactive to January 1, 2019. As a result, GSWC recorded the impact of the final decision in the second quarter of 2019, including earnings of $0.08 per share that related to the first quarter of 2019. The following items, including the delay in receiving a final CPUC decision, affected the comparability between the two periods (excluding the impact of billed surcharges, which have no impact to net earnings):

Because of the delay in finalizing the electric general rate case, the cumulative retroactive earnings impact of the final August 2019 decision was included in the third quarter results of 2019, including approximately $0.02 per share related to the first quarter of 2019 had the new 2018 and 2019 rates been in place at that time.

Throughout the COVID-19 global pandemic, GSWC has continued to operate as its water and electric utility services are deemed essential services. GSWC's response to the COVID-19 outbreak continues to rapidly evolve and has included: (i) suspending through April 2021 service disconnections for nonpayments pursuant to CPUC orders, which will remain in effect over other existing requirements governing disconnections; (ii) waiving reconnection or facilities fees for affected customers and suspending deposit requirements for affected customers who must reconnect to the system; (iii) the temporary closing of customer service offices; (iv) increasing the number of employees telecommuting, and (v) delaying some capital improvement projects at its water utility services business.

The effects of the continuing pandemic on the Company are still emerging, but among other things, it has caused significant negative impacts on financial markets. This has resulted in significant fluctuations in the fair value of plan assets in the company’s pension and other retirement plans, which are likely to continue. Furthermore, due to expected future credit losses on utility customer bills, GSWC has increased its allowance for doubtful accounts as of March 31, 2020 and expects to increase intercompany borrowings as well as borrowings from outside sources due to the associated potential decrease in liquidity. The extent to which COVID-19 may materially impact GSWC’s results is uncertain but will depend on future developments, which cannot be predicted at this time. However, the CPUC has approved GSWC to track incremental costs, including bad debt expense in excess of what is included in GSWC's revenue requirement, incurred as a result of the COVID-19 pandemic in a Catastrophic Event Memorandum Account ("CEMA") to be filed with the CPUC for future recovery. Thus far, the COVID-19 pandemic has not had a material impact on AWR’s contracted services operations, as the water and wastewater services performed on the military bases are deemed essential services

In November 2019, GSWC filed a finance application with the CPUC requesting, among other things, authorization to issue additional long-term debt and equity securities not to exceed $465 million to support its water operations. On April 27, 2020, the assigned administrative law judge at the CPUC issued a proposed decision approving GSWC’s request. A final decision is expected during the second quarter of 2020.

On March 11, 2020, the CPUC approved a request to defer GSWC’s cost of capital application by one year, which was scheduled to be filed on May 1, 2020. In January 2020, GSWC, along with three other investor-owned California water utilities, requested an extension of the date by which each of them must file its 2020 cost of capital applications. The CPUC’s approval postponed this filing date by one year until May 1, 2021, with a corresponding effective date of January 1, 2022. The CPUC also approved the joint parties’ request to leave the current Water Cost of Capital Mechanism in place, but there will be no changes to the companies’ rate of return on rate base during the one-year extension, regardless of what the mechanism might otherwise indicate. GSWC’s current authorized rate of return on rate base is 7.91%, based on its weighted cost of capital, which will continue in effect through December 31, 2021. The 7.91% return on rate base includes a return on equity of 8.9%, an embedded cost of debt of 6.6%, and a capital structure with 57% equity and 43% debt.

In March 2020, AWR amended its revolving credit facility, temporarily increasing the borrowing capacity by an additional $35 million to $260 million until December 31, 2020, at which point the commitment will be reduced to $200 million. Management intends to obtain additional financing during 2020 by issuing long-term debt at GSWC. GSWC intends to use the proceeds from any new long-term debt to reduce its intercompany borrowings and to partially fund capital expenditures. AWR intends to use any financing proceeds from GSWC to pay down the amounts outstanding under its credit facility. Furthermore, on April 24, 2020, AWR's new wholly owned subsidiary, Bear Valley Electric Service, Inc., entered into a commitment letter with a bank that agreed to establish a $50 million revolving credit facility effective in June 2020 for a period of three years, subject to the execution and delivery of a definitive revolving credit agreement. Borrowings made under this facility will support the electric business operations and capital expenditures.

On April 30, 2020, AWR's board of directors approved a second quarter dividend of $0.305 per share on AWR's common shares. Dividends on the common shares will be paid on June 1, 2020 to shareholders of record at the close of business on May 15, 2020. American States Water Company has paid dividends to shareholders every year since 1931, increasing the dividends received by shareholders each calendar year for 65 consecutive years, which places it in an exclusive group of companies on the New York Stock Exchange that have achieved that result. The company’s current policy is to achieve a compound annual growth rate in the dividend of more than 7% over the long-term.

This press release includes a discussion on the water and electric gross margins for various periods, which are computed by subtracting total supply costs from total revenues. The discussion also includes AWR’s operations in terms of diluted earnings per share by business segment, which is each business segment’s earnings divided by the company’s weighted average number of diluted shares. All of these items are derived from consolidated financial information but are not presented in our financial statements that are prepared in accordance with Generally Accepted Accounting Principles (GAAP) in the United States. These items constitute "non-GAAP financial measures" under Securities and Exchange Commission rules.

Certain matters discussed in this press release with regard to the company’s expectations may be forward-looking statements that involve risks and uncertainties. The assumptions and risk factors that could cause actual results to differ materially include those described in the company’s most recent Form 10-Q and Form 10-K filed with the Securities and Exchange Commission.

Robert Sprowls, president and chief executive officer, and Eva Tang, senior vice president and chief financial officer, will host a conference call to discuss these results at 2:00 p.m. Eastern time (11:00 a.m. Pacific time) on Tuesday, May 5. There will be a question and answer session as part of the call. Interested parties can listen to the live conference call and view accompanying slides on the internet at www.aswater.com. The call will be archived on the website and available for replay beginning May 5, 2020 at 5:00 p.m. Eastern time (2:00 p.m. Pacific time) through May 12, 2020. 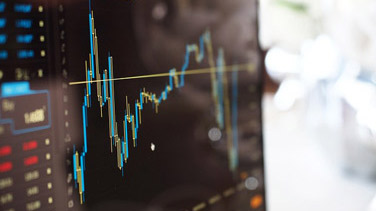