“We are pleased with our strong unit sales growth this quarter,” said Bill Nash, president and chief executive officer. “Our retail sales strength was a direct result of our ability to execute well, with solid performance in operations, financing, customer progression, and marketing all contributing to our growth. In addition, we benefited from a favorable underlying used car sales environment.”

Commenting on net earnings and net earnings per diluted share for the third quarter, Nash noted that the year-over-year decrease was largely the result of a significantly higher stock-based compensation expense reflecting an increasing share price during the quarter and a planned increase in third quarter advertising expense related to the company’s omni-channel rollout and the launch of a new national advertising campaign.

“We remain excited about the unique and powerful experience we are providing through omni-channel, which is empowering customers to shop on their terms, whenever and wherever it is most convenient for them,” added Nash. “Our ability to seamlessly integrate our physical and digital experiences while continuing to drive comparable store sales growth, maintain an attractive used vehicle gross profit per unit, and deliver our exceptional customer service is a key differentiator.”

Sales. Total used vehicle unit sales increased 11.0%, including a 7.5% increase in comparable store used unit sales compared with the prior year’s third quarter. The comparable store sales performance reflected strong conversion, which was aided by continued support from our third-party lending partners; solid growth in web traffic; and a favorable consumer response to our consumer initiatives.

Total wholesale vehicle unit sales increased 3.3% compared with the third quarter of fiscal 2019, driven by the growth in our store base, partially offset by lower appraisal traffic.

Gross Profit. Total gross profit increased 7.8% versus last year’s third quarter to $613.6 million. Used vehicle gross profit rose 11.7%, reflecting the increase in total used unit sales and a modest improvement in used vehicle gross profit per unit to $2,145 compared with $2,133 in the prior year’s quarter. Wholesale vehicle gross profit increased 2.0% versus the prior year’s quarter, driven by the increase in wholesale unit sales, partially offset by a decrease in wholesale vehicle gross profit per unit to $937 compared with $949 in last year’s third quarter. Other gross profit declined 0.8%, as the growth in EPP profits was offset by an $11.0 million decline in service department profits. The current quarter’s service profits were adversely affected by a recent increase in our post-sale warranty period from 30 to 90 days, near-term inefficiencies resulting from our recent ramp in technician hiring to support future sales growth, and higher stock-based compensation expense for service operations associates.

SG&A. Compared with the third quarter of fiscal 2019, SG&A expenses increased 18.4% to $484.8 million. Stock-based compensation expense rose $19.0 million, representing roughly one-quarter of the total year-over-year increase in SG&A expense. Other factors contributing to the change included a planned increase in advertising expense, the 10% increase in our store base since the beginning of last year’s third quarter (representing the addition of 19 stores), higher variable costs associated with our strong retail sales growth, and continued spending to advance our technology platforms and support our core and omni-channel strategic initiatives.

The growth in stock-based compensation expense was primarily driven by the 17% increase in our stock price during the current quarter versus the 15% decrease during the prior year quarter. Advertising expense increased $14.5 million due to both our new national advertising campaign launched in October and incremental marketing to support our omni-channel roll out. For the full year, we expect our fiscal 2020 advertising expense per retail unit to be slightly higher than the fiscal 2019 level. SG&A per used unit was $2,518 in the current quarter, up $157 year-over-year. The growth in stock-based compensation expense increased SG&A per used unit by $94.

Other Income / Expense. We reported other income of $6.6 million in the third quarter of fiscal 2020 compared with other expense of $2.8 million in the prior year’s third quarter. The increase was primarily due to an unrealized gain on an investment recorded in the current year period.

Share Repurchase Activity. We repurchased 1.3 million shares of common stock for $114.8 million pursuant to our share repurchase program during the third quarter of fiscal 2020. As of November 30, 2019, we had $1.67 billion remaining available for repurchase under the outstanding authorization.

Amounts and percentage calculations may not total due to rounding. 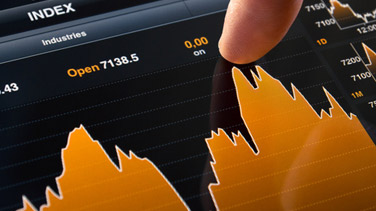