VALBIOTIS publishes its annual results for 2019

VALBIOTIS (Paris:ALVAL) (FR0013254851 – ALVAL / eligible for the PEA/SME), a Research & Development company committed to scientific innovation for preventing and combating metabolic diseases, announces its results for the 2019 fiscal year and reviews its recent milestone achievements.

Sébastien PELTIER, CEO and Chairman of the VALBIOTIS Board of Directors, says:

"In 2019, we focused all of our efforts on the development of TOTUM-63. Our aim was to form a partnership with a major healthcare player in order to finalize its clinical development and accelerate its commercialization. By signing a partnership agreement with Nestlé Health Science in early 2020, we have validated our business model as well as our R&D platform’s efficacy. With a strengthened cash position and newly established international recognition, we can speed up the development of all the products in our portfolio. Our ambition is clear: to provide effective products for all populations affected by metabolic diseases at early stages, to which solutions have yet to be found. We are convinced that our shareholders, who have placed their trust in us, will soon benefit from these steps forward, including the value of our agreement with Nestlé Health Science and our new R&D roadmap."

As mentioned above, VALBIOTIS' main focus in 2019 was the development of TOTUM-63, a patented innovative combination of five plant extracts designed to reduce the risk of Type 2 Diabetes in prediabetic patients. The company’s major milestone achievement was the announcement of positive results from the international Phase II clinical study (press releases from 3 July 2019 and 2 September 2019).

With regard to preparing market launch of TOTUM-63, the past year saw significant progress for VALBIOTIS with the acquisition of a European patent (press release from 11 February 2019), guaranteeing TOTUM-63’s exclusivity on the two main markets worldwide (Europe and the United States), as well as the validation of its industrial transposition (press release from 28 May 2019) to meet with European and North American regulations in partnership with the Pierre Fabre Group. These steps were instrumental in concluding the global strategic partnership agreement signed with Nestlé Health Science in February 2020.

In addition to these major milestones in developing TOTUM-63, the management team was also strengthened over the course of the fiscal year. VALBIOTIS brought in Josep INFESTA, as Head of Global Business Development (as external consultant), and life science specialists, AEC Partners, to develop and negotiate the partnership to market TOTUM-63's (press release from 24 January 2019). VALBIOTIS also announced the appointment of Murielle CAZAUBIEL to the Board as Director of Development and Medical Affairs (press release from 4 February 2019) and Agnès TIXIER to the Supervisory Board (press release from 19 March 2019).

To support this development, VALBIOTIS has obtained two grants from the Nouvelle-Aquitaine and Auvergne-Rhône-Alpes regions totaling €887K, of which €390K was paid in 2019 (press release from 2 April 2019), as well as the renewed support of Bpifrance for a total of €630K (reimbursable advance and innovation loan), €510K of which was paid in 2019. In addition to this public funding, the company successfully completed a capital increase with preferential subscription rights totaling €7.2M (press release from 31 October 2019) in order to secure its financing and conclude its strategic partnership with a major healthcare player under the best possible conditions.

The company's IFRS-compliant 2019 financial statements were approved by the Board of Directors on 15 April 2020, following the business continuity principle. These were examined by auditors and are available on the VALBIOTIS website: valbiotis.com.

During the 2019 fiscal year, operating income increased to €1,913K - a growth of 27% compared to 2018. This mainly consists of the Research Tax Credit acquired over the period (€1,219K) and grants (€602K booked for the 2019 fiscal year). VALBIOTIS' activity is currently focused on its products’ development, and therefore no significant turnover was achieved, as expected.

R&D expenditures were stable compared to the previous fiscal year at €3,974K, illustrating the continuation of preclinical research and clinical studies over the period. Sales-Marketing expenditures amounted to €1,473K (compared to €1,059K). This increase is due to the establishment of the partnership with AEC Partners and the support of Josep INFESTA to conclude the commercial partnership for TOTUM-63’s marketing. Finally, overhead costs totaled €1,343K in 2019 (compared to €1,284K). Net loss over the fiscal year reached a total of €5,504K.

Activity-generated Working Capital Requirements reached €4,946K over the fiscal year and investment-generated flows were negative at €290K. Flows from financing activities were positive at €5,850K, mainly due to the capital increase with preferential subscription rights carried out by the company in October 2019 for a net income of €6.2M.

As of 31 December 2019, VALBIOTIS had a cash position of €8,033K. This does not include receipt of the initial CHF 5 million paid by Nestlé Health Science at the end of April 2020, the €1.2M reimbursement of the 2019 Research Tax Credit payment and €0.4M in public grants receivable.

VALBIOTIS thus benefits from a solid financial situation enabling it to pursue its development plan.

The start of the fiscal year was marked by the signature of a long-term strategic partnership agreement with Nestlé Health Science for the development and worldwide commercialization of TOTUM-63 (press release from 5 February 2020). According to the agreement, Nestlé Health Science will ensure the funding of TOTUM-63’s final development stages and its commercialization (which could take place before the health claim is obtained).

In exchange for the worldwide commercial rights, Nestlé Health Science has committed to an upfront payment of CHF 5 million, plus milestone payments totaling up to CHF 66 million and tiered royalties on net sales. The agreement also includes VALBIOTIS’ supply of TOTUM-63 to Nestlé Health Science, which represents an additional source of revenue. The terms of the agreement considerably strengthen VALBIOTIS' cash position.

As part of the partnership with Nestlé Health Science, VALBIOTIS has announced the launch of the final Phase II/III clinical study by mid-2020 (press release from 2 April 2020). The study, named REVERSE-IT, will allow to confirm the positive results of the Phase II study on fasting glycemia. It will also extend TOTUM-63’s evaluation to untreated type 2 diabetic patients (early stage) in order to expand the final target population. REVERSE-IT was co-defined alongside Nestlé Health Science’s medical and regulatory teams, and will be conducted on 600 subjects across 30 clinical centers worldwide.

An advanced clinical development program has already been defined for each of these products (press release from 16 April 2020):

These clinical programs already benefit from non-dilutive public financing. VALBIOTIS has yet to receive more than €500K in grants for the TOTUM-070 program from the Nouvelle-Aquitaine region’s European Regional Development Fund (ERDF). As a reminder, the total amount of the grant was €890K, of which the company has so far received €364K. The TOTUM-854 and TOTUM-448 programs also benefit from a reimbursable advance and an innovation loan granted by Bpifrance up to an overall amount of €630K, €510K of which was paid in 2019.

VALBIOTIS' annual financial report from 31 December 2019 has been made available to the public and filed with the French Financial Markets Regulator (AMF). This document is available on our website: valbiotis.com (in the “Investors” section).

Furthermore, VALBIOTIS confirms that it complies with PEA/SME eligibility criteria, as specified in article D.221-113-5 of Enforcement Decree n°2014-283 of 4 March 2014, namely:

As such, VALBIOTIS shares are still included in PEA/SME accounts, which benefit from the same tax advantages as the traditional French shared savings plan (PEA).

VALBIOTIS is a Research & Development company committed to scientific innovation for preventing and combating metabolic diseases in response to unmet medical needs.

VALBIOTIS has adopted an innovative approach, aiming to revolutionize healthcare by developing a new class of nutritional health solutions designed to reduce the risk of major metabolic diseases, based on a multi-target approach and made possible by the use of plant-based ingredients.

Its products are intended to be licensed to players in the health world.

VALBIOTIS was founded in La Rochelle in early 2014 and has formed numerous partnerships with top academic centers. The Company has established three sites in France – Périgny, La Rochelle (17) and Riom (63).

VALBIOTIS is a member of the "BPI Excellence" network and received the "Innovative Company" status accorded by BPI France. Valbiotis has also been awarded "Young Innovative Company" status and has received major financial support from the European Union for its research programs by obtaining support from the European Regional Development Fund (ERDF). VALBIOTIS is a PEA-SME eligible company.

Find out more about VALBIOTIS: www.valbiotis.com

This press release contains forward-looking statements about VALBIOTIS' objectives, based on rational hypotheses and the information available to the company at the present time. However, in no way does this constitute a guarantee of future performance, and these projections can be reconsidered based on changes in economic conditions and financial markets, as well as a certain number of risks and doubts, including those described in the VALBIOTIS core document, filed with the French Financial Markets Regulator (AMF) on 31 July 2019 (application number R19-030) as well in its supplement approved by the AMF on Octobre 9, 2019. These documents being available on the Company’s website (www.valbiotis.com). This press release, as well as the information contained herein, does not constitute an offer to sell or subscribe to, or a solicitation to purchase or subscribe to, VALBIOTIS' shares or securities in any country. 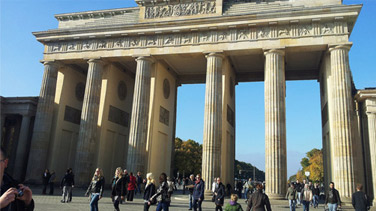