PHILADELPHIA, June 29, 2020 /PRNewswire/ -- U-Haul® was born as World War II was coming to a close, with its first one-way trailers made available to the moving public on or about July 4, 1945. 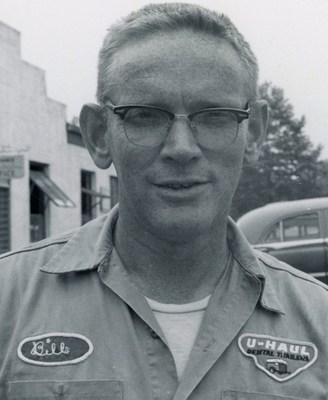 Just as U-Haul is celebrating 75 years of service this year, America will soon celebrate the 75th anniversary of V-J Day. This signifies Victory over Japan and is observed Sept. 2 when the signing of surrender occurred, effectively ending WWII.

Veterans such as Philadelphia native William G. "Bill" Kreckman returned home to start a new life after the war, and in doing so planted the seeds of prosperity for U-Haul, a product of the peace for which they fought.

WWII-era Navy veteran L.S. "Sam" Shoen and his wife, Anna Mary Carty Shoen, conceived U-Haul in June 1945 when they recognized a basic need while moving up the West Coast, having left behind most of their belongings since one-way trailer rentals did not yet exist. From that idea, an industry was created and a new level of mobility became attainable for every American family.

The Company's 75th anniversary tributes will peak triumphantly with the Pearl Harbor Aviation Museum's dedication of the renovated Ford Island Control Tower on Aug. 29. A number of U-Haul Pacific Theater veterans' bios and photos will be displayed in the tower lobby.

The tower will showcase a new elevator, gifted by U-Haul CEO Joe Shoen, providing public access to the observation deck where America's lone WWII aviation battlefield can be revered and our heroes remembered.

Army Air Corps Medic
Kreckman was born in November 1917 to William and Alice Kreckman. Shortly after he was born, his father left the family. Kreckman attended school through the sixth grade. He then had to work to help support his mother. As he got older, he worked as a welder in the Philadelphia shipyards – an experience that would benefit him later in life.

In June 1941, Kreckman enlisted in the Army. He served in the Army Air Corps as a medic in the China Burma India Theater (CBI). The CBI is often referred to as The Forgotten Theater of WWII. Of the 12.3 million Americans under arms at the height of mobilization, only about 250,000 were assigned to the CBI.

Stability, Success with U-Haul
After the war, Kreckman did assembly work at a manufacturing company in Philadelphia. As an automobile pieceworker, he made bumpers, doors, fenders and other parts for automobile companies like Ford and Chevrolet, which were rapidly expanding after the war. Unfortunately, work was inconsistent, and Kreckman was laid off every year.

Kreckman decided he needed a more stable job. In July 1956, he began his U-Haul career at the Willow Grove (Pa.) Manufacturing Plant as a welder. He became night welding foreman three months later. Not long after starting at Willow Grove, he enrolled in night classes at Penn State University and eventually graduated with a degree in marketing and management.

Over the next 26 years with U-Haul, Kreckman served as an area field manager; manager of quality control; director of account executives; U-Haul rental company president; shop president; and manufacturing plant president. He retired from U-Haul in 1982.

Kreckman died in May 2003. He is survived by his sons, William and David (Doug).

Veteran Ties and Appreciation
The Shoens started U-Haul upon Sam's discharge with $4,000 of accumulated Navy pay and the courage formed by the cauldron of WWII. With the help of other veterans, the young couple forged their new enterprise from the freedom that victory produced.

Today, U-Haul serves all 50 states and 10 Canadian provinces, helping millions of families move every year. Kreckman is one of the many veterans who laid the foundation for the present prosperity U-Haul enjoys.

U-Haul is one of a myriad of companies built by these incredible veterans, who are to be saluted and remembered during this 75th anniversary celebration. Thank you, Bill.

Find more veteran tributes in the History and Culture section of myuhaulstory.com.

Since 1945, U-Haul has been the No. 1 choice of do-it-yourself movers, with a network of 22,000 locations across all 50 states and 10 Canadian provinces. U-Haul Truck Share 24/7 offers secure access to U-Haul trucks every hour of every day through the customer dispatch option on their smartphones and our proprietary Live Verify technology. Our customers' patronage has enabled the U-Haul fleet to grow to approximately 167,000 trucks, 120,000 trailers and 43,000 towing devices. U-Haul offers nearly 697,000 rooms and 60.7 million square feet of self-storage space at owned and managed facilities throughout North America. U-Haul is the largest installer of permanent trailer hitches in the automotive aftermarket industry, and is the largest retailer of propane in the U.S. For information on moving safely and smartly with U-Haul during the COVID-19 pandemic, please reference https://www.multivu.com/players/English/8601451-u-haul-moving-season-covid-19-safety/. 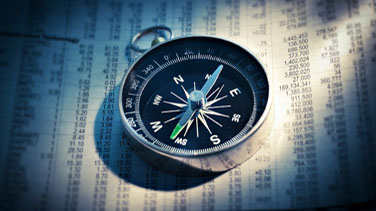